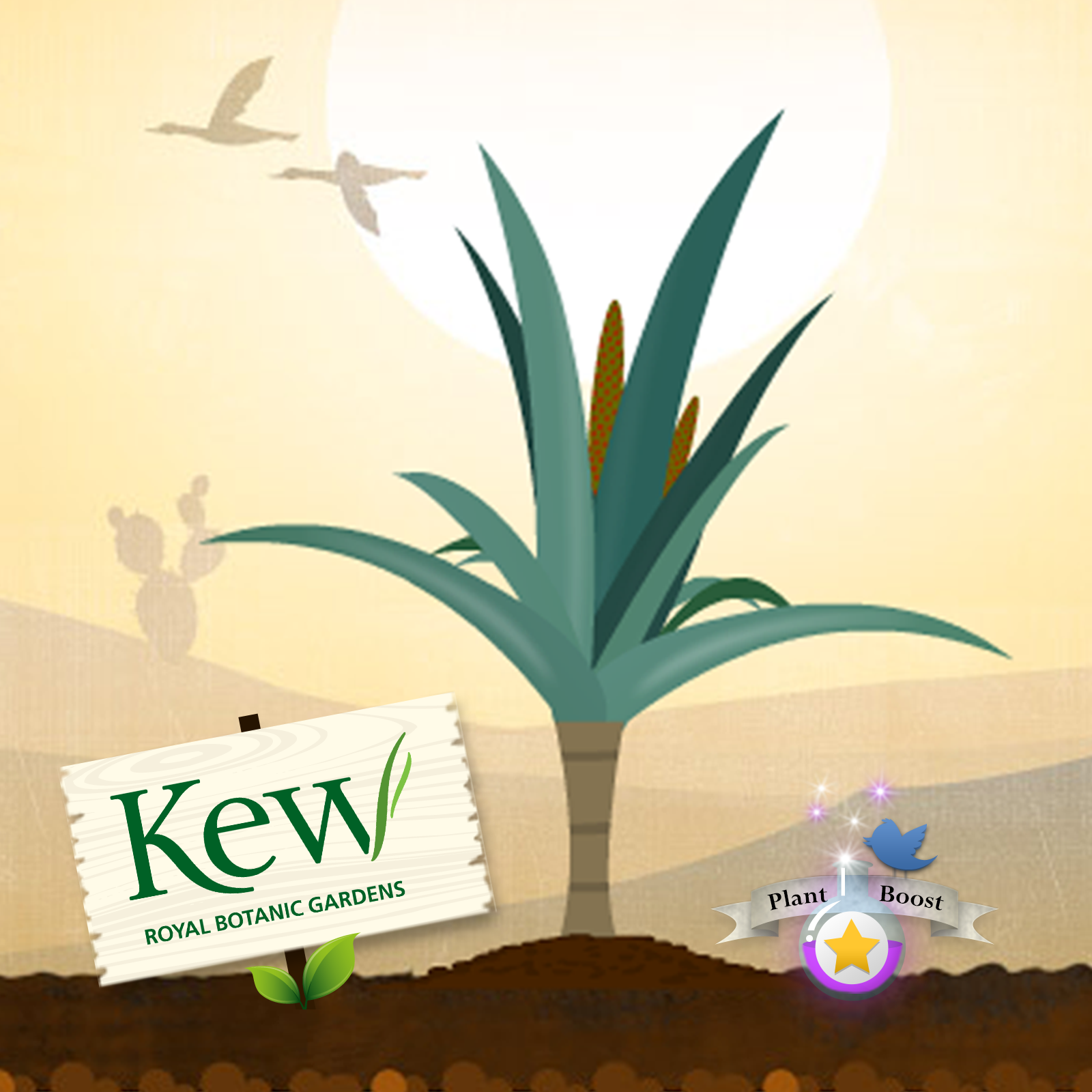 Royal Botanic Gardens, Kew, was keen to increase the number of followers on their Twitter account and to increase foot fall to the gardens by highlighting the unique plants in their collection. They were keen to reach out to a younger audience and present the plants in a fun an interactive manner.

We proposed an online game where players would grow plants from four different habitats - Alpine, Desert, Rainforest and Orient. Players would earn “plant boosts” through tweets. I worked on the concept, wireframe, interface design and collaborated with both an Illustrator and Developer to bring the design to life. 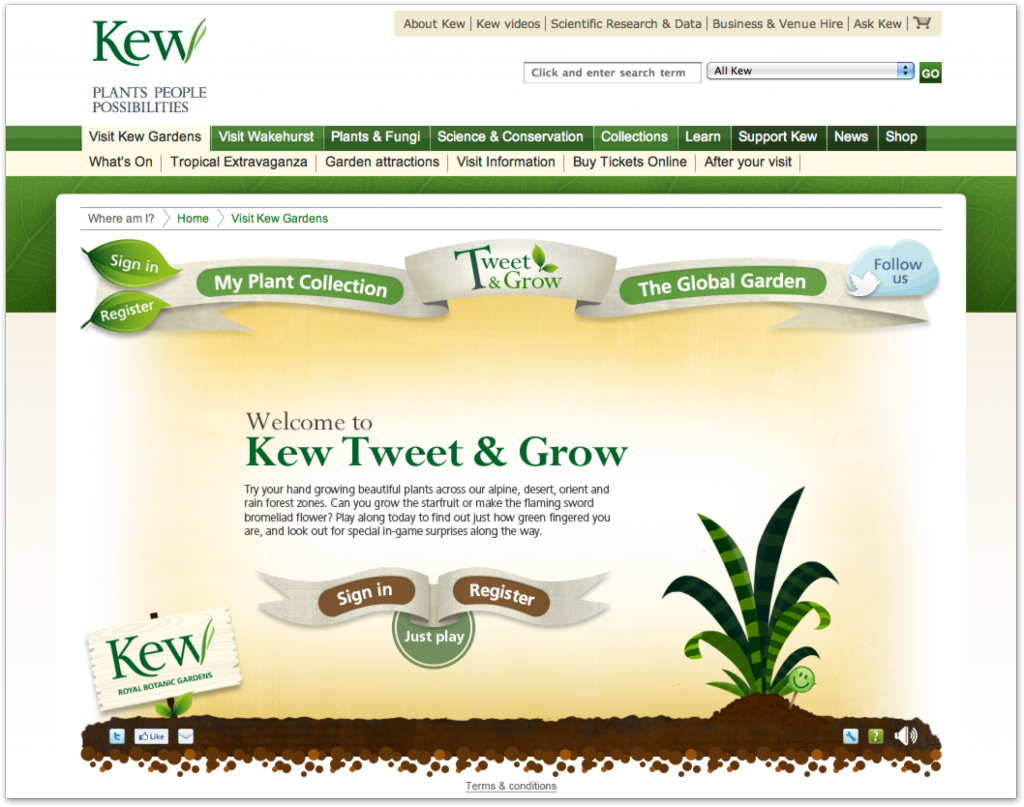 The game sits within the site and fits within an existing frame. I designed the interface to give an open feel to avoid a "box within a box" look. 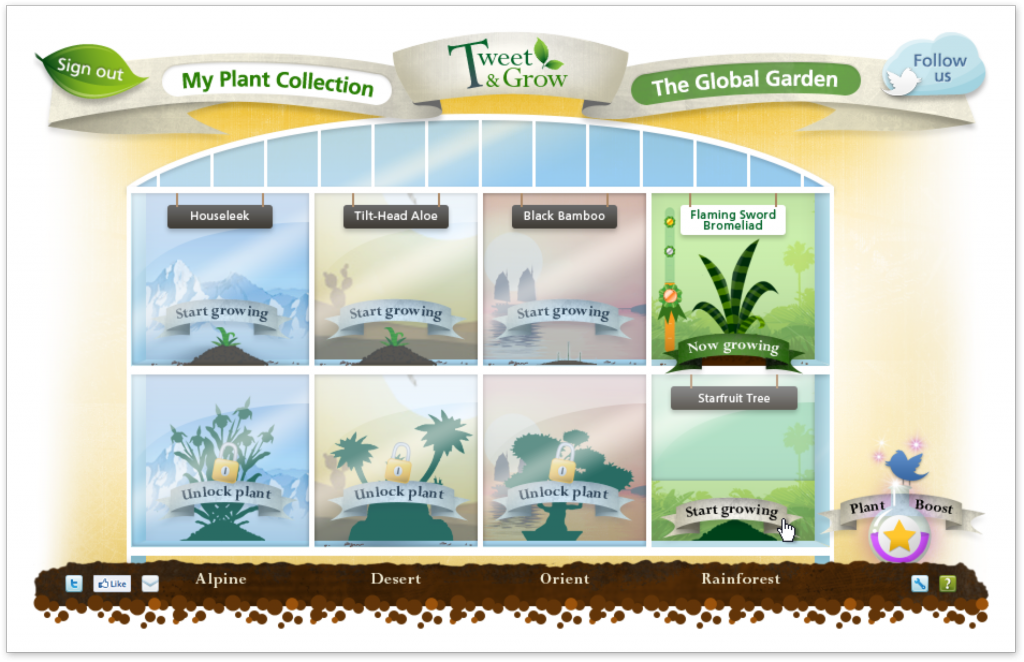 My Plant Collection - a display of all the plants available in the game.

There are five functions available to tend to each plant - water, plant food, warmth, sunlight and a mystery locked function that is unique to each plant type. Different combination of these functions are required to successfully grow each plant and players are awarded Bronze, Silver or Gold for each plant. The mystery plants are harder to grow and hints are given out daily on Kew’s Twitter page and on their website. 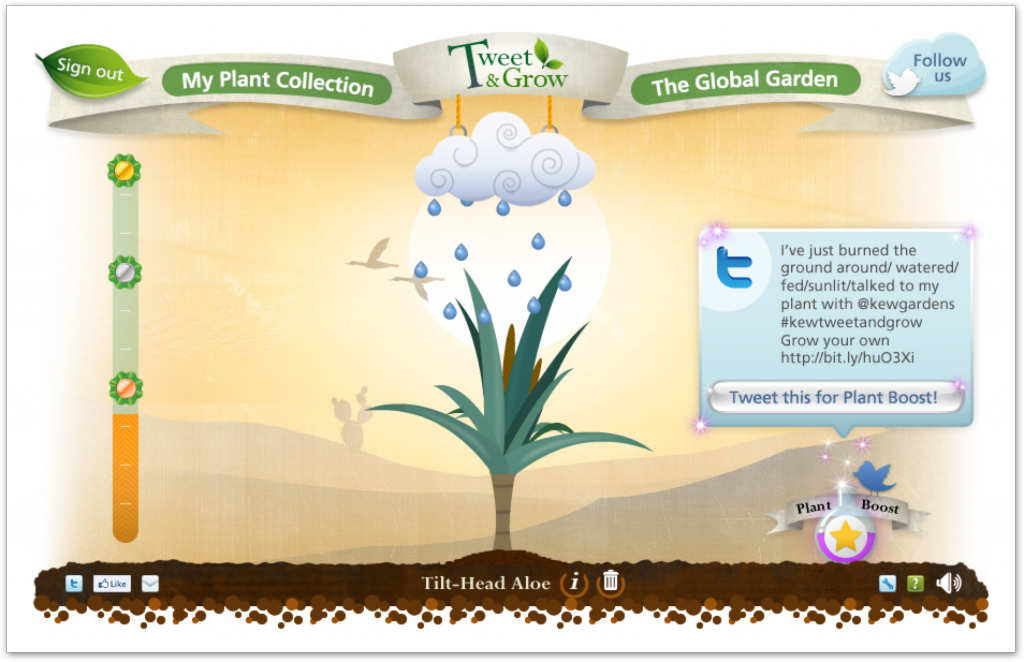 The player applied the watering function to their plant which activated the tweet button. Tweeting about their activities earns them Plant Boost which is then used to boost their plants growth. 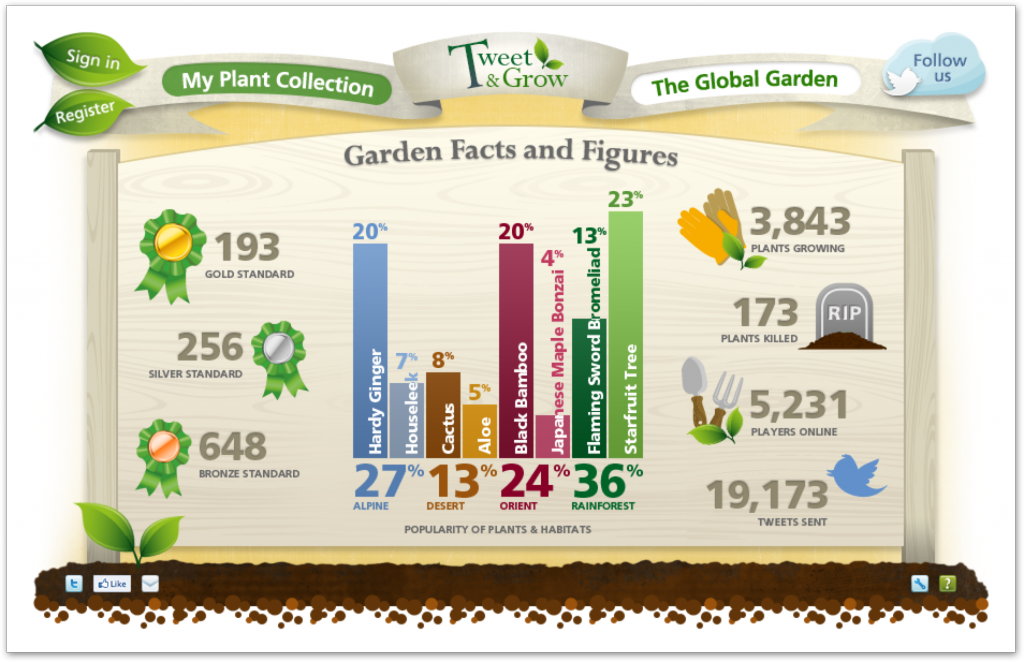 The Global Garden - displaying the infographic of all the player's stats.

The game turned out to be more popular than we had expected and the demand for a mobile version became apparent during the testing phase. As the animation was created in Flash, a separate simplified version of the game was required for mobile screens.

Mobile version of the game 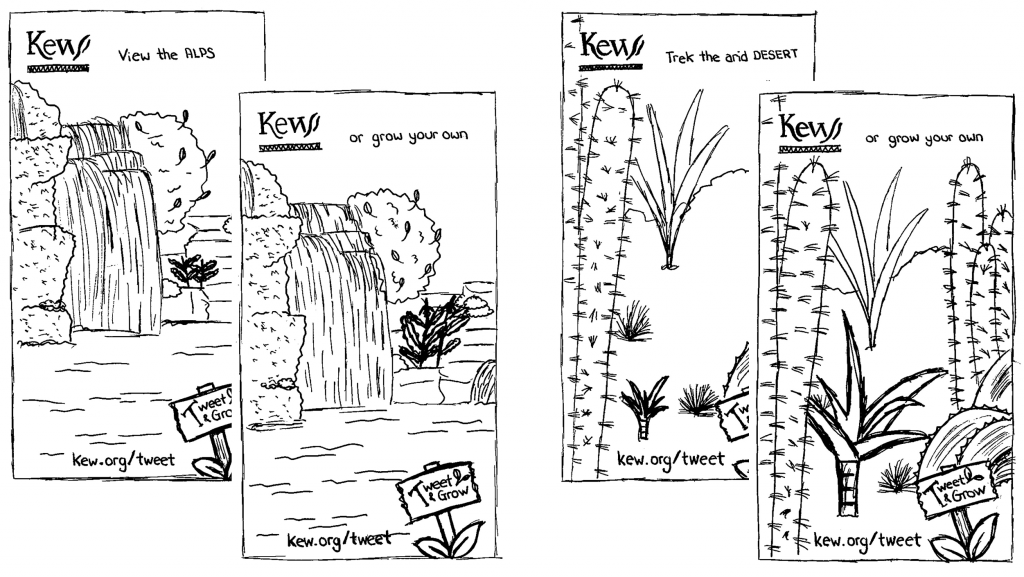 A couple of scamps for the digital banners to be put up in Underground stations.

Conclusion
Royal Botanic Gardens, Kew, were able to reach out to a younger audience and saw a noticeable increase in the number of visitors after the game was launched. As the original project budget had not allocated funds for development of the mobile version, this was not developed as fully or interactively as it could have been and there is still plenty of scope for improvement. After the launch, it was realised that players were spamming their Twitter accounts in order to receive their plant boosts, in order not to overwhelm everyone's Twitter feeds with a constant stream of Tween & Grow, a decision was made to limit the number of tweets players could post through the game per day.

Acknowledgments
My design on the interface fed back into the illustration work carried out by an Illustrator who helped bring more interactivity into the game. The feedback from the Creative Director and client was very helpful in pushing the design to a higher level.